by This Will Destroy You 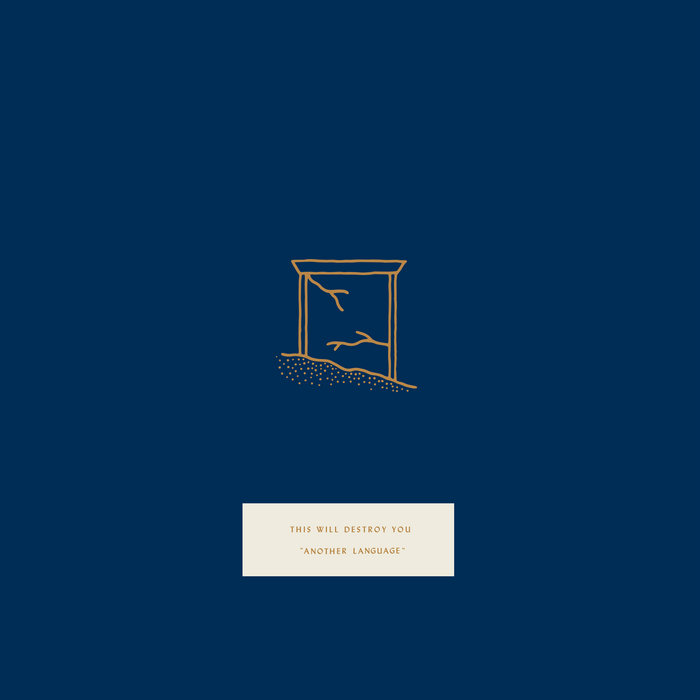 Asher This was the album that brought me in the more experimental and ambient sides of post-rock. I am very thankful for that. Favorite track: Serpent Mound.

Since 2004, This Will Destroy You has been forging some of the world’s most brutal, dynamic, and precariously visceral instrumental rock. In addition to a vigorous tour schedule, their celebrated discography and critically renowned soundtrack work for feature films and documentaries have earned them a sizable and fervent international following. Another Language, TWDY’s fourth full length LP, marks their euphonious return from a prolonged vacuous dark period that threatened to break both the band and the members themselves. Rather than be stifled by their experience TWDY were atomized and subsequently made anew, emerging with a revived energy and reinforced sense of solidarity. As a result, Another Language captures the band at its most potent, honed, and utterly powerful form yet, displaying an edified unity and graduated sense of song-writing, tonal complexity, and studio prowess.

TWDY’s new found clarity of vision would come after a state of near dissolution that ensued after the massive success of their 2006 debut Young Mountain and 2008’s eponymous follow up. Personal struggles, growing pains, the loss of band members, and a series of close, untimely tragedies set the tone for what would be the band’s darkest and most introspective album yet, 2011’s Tunnel Blanket. The following two years stress tested the band to the point of ruin; consecutive continent-hopping tours as well as the pressures of matching their previous two albums’ accomplishments took a nearly unbearable toll. TWDY’s spirits were lifted when both independent filmmakers and Hollywood began to eye their discography for prominent placement in several critically acclaimed films, including the Oscar-winning Moneyball. The arrival of 2013’s Live in Reykjavik triple LP was warmly received by fans and critics alike, further rejuvenating the band after years of relentless, grinding tours. In October of 2013 TWDY returned to Elmwood Recording, once again working with engineer John Congleton, fully prepared to construct their next work from the inside out.

From the opening moments of Another Language it is clear that the band has achieved its aim. The reflective opening dialogue of guitar, choral-like organ, and shimmering Rhodes on New Topia float over nuanced warbling swells of tape before being completely disintegrated by a shock wave of blistering guitars, bass, and locomotive poly-rhythms. These peaks and valleys of emotive dynamism are expertly guided by the dexterous drum work of Alex Bhore, who offers up droves of ghost-notes and compounded cadences that energize the album with a fully realized freedom of movement. The band’s frequency spectrum now extends to new heights via adornments of tubular bells, microcassette manipulations, and washes of tuned feedback by guitarists Christopher King and Jeremy Galindo while bassist Donovan Jones ensures that the band’s roots dig deep into the netherworld of sub-frequencies. An earthy realism can be heard throughout Another Language‘s nine tracks, as if all of its sound sources have been so heavily disguised under layers signal manipulation that their original form is weathered beyond recognition. Composition duties were shared equally more than ever, offering TWDY an opportunity to delve deeper into the writing process with an unprecedented level of cohesion.

Forced to redefine themselves as individuals, artists, and as a unit, TWDY’s Another Language exudes a corporeal sense of the formidable journey which was overcome in order to arrive at their newly galvanized state of confidence and artistry.

experimental this will destroy you avant-garde cinematic orchestral rock Austin