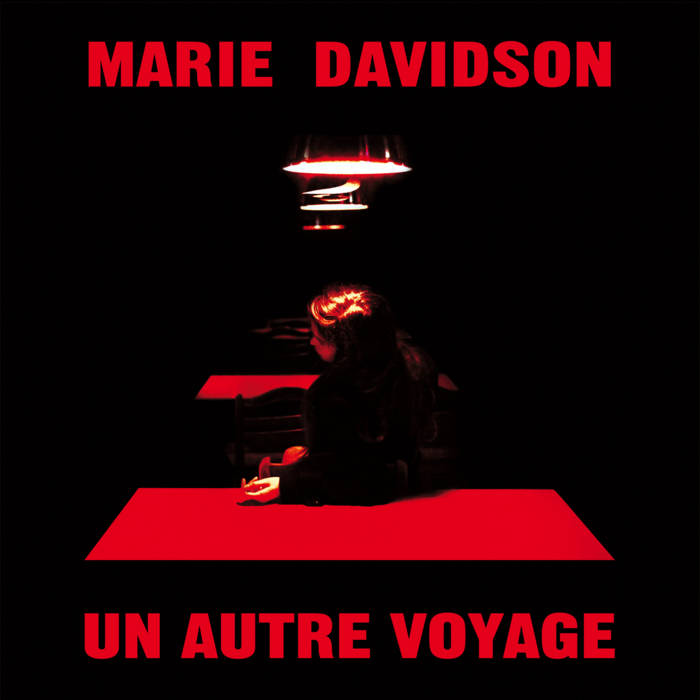 Christopher Moklebust Marie Davidson's Un Autre Voyage is my next step down a newly built appreciation for Synthwave. This is music for a dark night drive - shady and foreboding - it raises the hairs, tightens the grip, and invades your space. Favorite track: Excès de vitesse.

From the prolific cultural epicenter of Montréal, Marie Davidson has emerged as one of the foremost electronic artists in contemporary underground pop today. As a long-time member of Les Momies de Palerme, Hotel Monochrome, DKMD, and Essaie Pas, Marie has continued to hone her many talents in Montréal's fervent experimental communities for much of her adult life. In 2012 Marie began to unveil compositions under her own name, revealing a solo artist who possessed the confident vulnerability required to write, produce, and perform unaccompanied. Davidson's intimate solo work is embodied through a host of synthesizers and drum machines that coalesce in synchronized harmony, punctuated by Marie's hypnotic vocal delivery, sung and spoken in both French and English. Davidson's third album Un Autre Voyage demonstrates her heightened compositional skill behind a sequencer as well as her singular ability to anesthetize the senses through the documentation of her own serial pattern of experiential growth.

Un Autre Voyage (translated as "Another Journey") is a collection of songs based solely on true events, providing the listener with an unfiltered primary account of Marie's intrapersonal experiences. This act of self-journalism serves as a psychological cleansing that evokes an authentic sense of warmth and empathy, rendering Un Autre Voyage as Davidson's most transparently honest artistic document yet. Through this concerted disclosure, Marie's unique practice of surreal atmospheric composition now shows irrepressible traces of exuberance, displaying a fresh luminosity in her emotive palette. This stands in stark contrast to Davidson's self-titled debut EP (HOLODECK, 2013), which depicts a disoriented mind struggling for stability throughout a period of depression in her musical and personal life. In 2014's Perte d'Identité (Weyrd Son) Davidson narrates her search for self through the course of trial and conquest, establishing her distinct method of song writing that is as compelling as it is existential. However, 2015's Un Autre Voyage bares the immense weight of Davidson's psyche by turning direct experience into song, utilizing her candid self-examination to convey a new found serenity that playfully underlines her otherwise brooding and pensive soundscapes. Marie embraces slower experimental composition on pieces like Kidnap You in the Desert, Insomnie, and Perséphone, while songs like Excès de Vitesse and Balade aux USA are decidedly upbeat and indicate a broadening complexity in Marie's aesthetic domain. Vocal, guitar, and production contributions from husband and Essaie Pas bandmate Pierre Guerineau establish a communicative interface that allows for the full articulation and realization of Davidson's inner-dialogues.

As her exposure steadily increases, Marie continues to advance her musical skill in the studio as well as on stage, taking her captivating live show on several extensive international tours as copies of her records and tapes quickly disappear. Un Autre Voyage is undoubtedly a snap shot of Davidson's current state of expansion but marks an intensified effort to progressively unfold a more complete and absolute manifest of herself. Davidson has constructed an intransigently potent assembly of real life expositions that are coarse and organic, yet undeniably nuanced and refined.

All songs based on true events.